Lt. Stitchie Records on the Life 101 Riddim by Blakkwuman22 Music 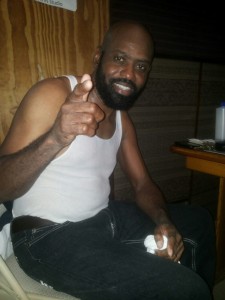 Blakkwuman22 Music is working hard to put together a solid dancehall juggling with the soon to be released Life 101 Riddim. CEO Karamanti began working on the project a few weeks ago after receiving the beat from her friend Pynsche (the beat maker) who is based in West Africa. The first artist to record on the Life 101 Riddim is Karamanti’s friend, the dancehall governor, Lt. Stitchie.

Stitchie recorded a hard hitting track which lashes out at the hypocrisies going on in the church. While he was in studio finishing up the record, radio personality Judith Crawford (from RJR) showed up and was so impressed with the content of the song that she spoke about it. See video clip below.