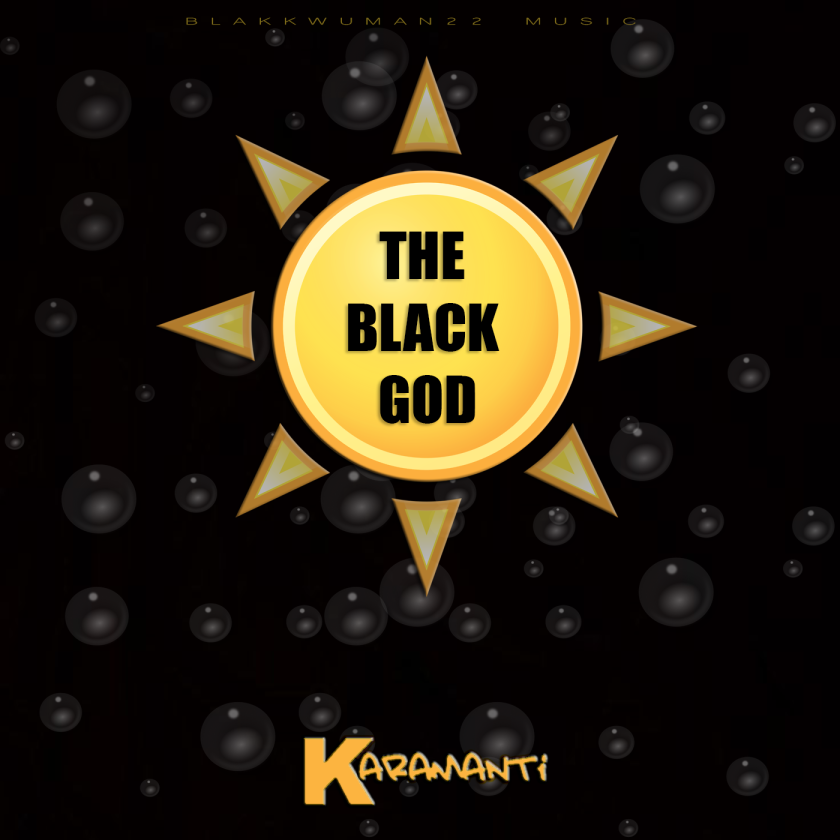 Blakkwuman22 Music is pleased to present THE BLACK GOD EP. It features four new songs from Karamanti plus the already popular, BACK AGAINST THE WALL, which was done with Mikey General.

THE BLACK GOD is a diverse project covering four genres: poetry, reggae, dancehall and hip-hop. It features collaborations with Jamaican reggae veteran Mikey General and Ghanian rap artist Obibini. All vocals were written by Karamanti – with the exception of Obibini and Mikey General’s verses which were composed by the respective artists.

As fans and supporters of Karamanti have come to expect from her, this EP is jam packed with controversial issues ranging from sexual education for children to religious racism. Not wanting the entire project to sound too contentious, she has also included a motivational track entitled I BELIEVE IN YOU.

Several talented beat makers contributed to the EP, namely: Alpheus (Germany), Spugy B and D’Ave Productions (Jamaica) and team Obibini (Ghana). All songs were mixed by Audio Traxx Productions in Old Harbor, St. Catherine, Jamaica, with the exception of BACK AGAINST THE WALL which was mixed by ODB in Accra, Ghana and BLACK REVOLUTION done by Team Obibini, also in Ghana. All the backing vocals were done by Snysh at Mixing Lab Studio in Kingston, Jamaica.

Persons may listen and download all songs on THE BLACK GOD EP here: https://karamanti.bandcamp.com

Reposted from @reggaecitymusic
Another New Dancehall Video from @karamantimusic: WHY RUSH?
Reposted from @tenshon_official Never give up on your dreams
Reposted from @mariajackson27
New dancehall mix from DJ Zero Silence "Dancehall Roar"
Listen "Slaughter Storm Radio" with "Billy Slaughter" Every "Tuesday" 2pm to 6pm EST.
My Tweets
Loading Comments...
%d bloggers like this: